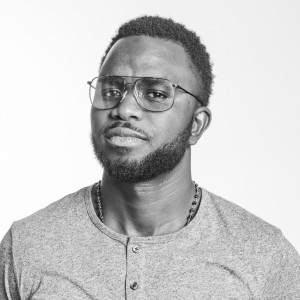 SOFA 2018: Massamba Diop, The Hidden Hero Behind The Music Of Black Panther

Massamba Diop is perhaps the world’s most renowned master of the Tama, a talking drum from Senegal, West Africa. Most recently, Massamba has received much acclaim for his collaboration on Marvel’s Black Panther soundtrack, providing the drumming for King Tchalla’s theme music, heard throughout the film whenever the title character makes an entrance. He also performed with Mumford and Sons on their 2016 tour, including an appearance on The Tonight Show with Jimmy Fallon, and is featured on two videos in Playing For Change‘s new album “Listen to the Music”. In 2016, he launched the “Tamani Talking Drum” to the public with Remo Percussion, the first mass-produced Tama, a drum he helped design.

Massamba came into the limelight as lead percussionist and a founding member of Daande Lenol (The Voice of the People), the band of Senegalese super-star Baaba Maal. Over the past 40 years the group has been playing all over the world, working with many notable musical figures and releasing dozens of albums, including “Firin’ in Fouta”, which wasnominated for a Grammy for Best World Music in 1996.

Massamba himself has also performed and/or recorded with the likes of James Brown, Carlos Santana, Herbie Hancock, Harry Belafonte, and Angelique Kidjo, to name a few. He appeared on Peter Gabriel’s landmark release “Passion”, which won a Grammy in 1990. He has also been part of many major international events like the 2004 Nobel Peace Prize Ceremony in Oslo, the 2012 Olympics in London, and even joined Stevie Wonder in 2009 to perform “Happy Birthday” for Nelson Mandela to close out Mandela Day at Radio City Music Hall.

In 1993, Massamba and American percussionist Tony Vacca co-founded the Senegal-America project, a cultural exchange program which annually brings student and adult groups to Senegal to participate in educational, health care and artistic projects. Massamba and Tony also tour the Northeast each year with a variety of performances, school programs, and workshops, from their Northampton, MA base.

If you want to have a glimpse of Massamba’s repertoire, please do not miss his performance @ the Spirit Of Africa this Saturday May 12th.

All Posts »
PrevPreviousSOFA Spotlight: Etienne Cakpo, The Artist Who Resurrected The African Traditional And Contemporary Dance